Today One Of Our Neighbors Was Killed

Today we lost a neighbor, but we can't really call him
that can we? This home had turned into one of our
drug houses recently and new faces were seen and
saw me while on safety patrol. Rough looking men,
staring hard back at me, as I made no secret, I was
watching them.
Heroin I'm told what was causing all the traffic at all
hours, their neighbors and I had been discussing it.
Most up here living are predisposed to live and let
live. Until the needles start showing up in your mom's
hedges when you try to trim them, or one of them
passes out in the street and appears to be dead. Or
another is caught attempting to steal your generator
left at mom's house after your four years stint as her
caretaker. Then it's on isn't it. The police of course
can do little and they tell you so. SINTF one of the
best things going in this regard, still takes time, and
these folks now pickup and deliver for one customer
at a time these days folks. Very little illegal drugs on
hand at any one time. And of course, what they do
in their own houses is sort of their business isn't it.
That is until 9 RPD units ascend upon your mom's
little cul-DE-sac, firetruck, ambulance and dozens of
support Highway Patrol officers and others are searching
your entire neighborhood for the suspected killer. The
ROBO call warning you to stay in doors, be on the
look out for a fellow with a red mohawk. Maybe armed.
Call never mentions he just stabbed a fellow in the neck
with a knife like some slaughter their livestock before
they are cleaned and eaten-ed.
Over the course of almost 3 years, over 18,000 miles
and 5 drug houses (not just grow houses) we're talking
about 24/7 hard drug sales operations and an adjoining
neighborhood meth lab. These patrols were performed
with very little backup, even none at times. Maybe they
really had no one to send, maybe because the officers
on patrol didn't like the idea of me volunteering or the
fact that I had called for them each to have cameras.
Who knows, at the end of the day, one of these druggies
from one of these homes files false charges and one
unethical union officer who thinks he has a axe to grind
with me. "How dare I perform, free volunteer safety
patrols with little or no backup for 2.5 years at the time
successfully. What will my work do to the scales of
Redding justice. The very day I went to the city and
secured a city license for NEXT DOOR CITIZENS PATROL
I was arrested for "illegal use of pepperspray" against
a drunk, druggie and reckless speeding driver. I was
falsely accused, falsely arrested, falsely jailed, tried
and convicted. The members of the local DA office
all seated outside my court room, celebrating the
conviction of a innocent man. Even my accusers own
words to his relatives that he had taken out and raped
a women after a dinner at Dry Creek Station was
with-held from my jury.
After today, I am reminded again, I'd rather be tried and
even convicted of something I did not come close to doing,
by twelve than be carried by six. Let me hear a Amen.
Capt Earl Allen Boek
Nextdoor Citizen Safety Patrol
530-604-1881 Be Safe Out There.
+++++++++++++++++++++++++++++++++++++

Earl Allen Boek is a ex-Volunteered, Agent Orange, Military Police, Sentry Dog Handler. Issued a top secret clearance by the FBI Mr. Boek and his dog Pal guarded Nuclear Weapons on Lake Eire, Ohio before he volunteered and spent 10 months in Vietnam, where he joined The National Vietnam Veterans Organization Against The War while still serving in it. Given a rank of E-5, a good conduct medal and a Army Commendation signed by President Nixon. Today he is a human activist, speaking still for 58,233 that did not survive the war. He is a veterans and homeless activist who after fighting for 10 years to be reimbursed from the VA finally received 100% Benefit and medical after surviving 7 related surgeries. Last year before Christmas the VA direct deposited over $90,000 into EB's checking account. He swiftly donated and gave away over one-third of the windfall to local homeless, his church and pastors, widows, veteran groups, rehab groups, food, lodging and a life saving lung operation for a young boy in Uganda. Six years ago he saved his own mothers life by demanding a local hospital perform a life-saving operation on her, he then spent the next four years as her care-taker. When a ICU Nurse told him he needed to tell the family to start making final arrangements for his mother, he told the nurse, the family was making plans, Plans for her to live. Today she is able to shop and go to appointments on her own. M Boek, was asked to help provide safety patrols for his neighborhood, again he volunteered to, helping to shut down 4 out of 5 drug houses and a meth manufacturing operation supplying them located in a near-by neighborhood. Mr. Boek has been a out-spoken critic of RPD and the Local DA's office regarding conflict of interest that exist when local law enforcement agencies "investigate" each other, when citizens turn up dead in custody. He was one of the first, if not the first, to call for police cameras on all officers, and after his false arrest he became active again in helping to bring down and defeat measure D depriving what he considers a unethical, evil at times, Just-US system. 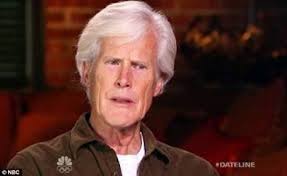